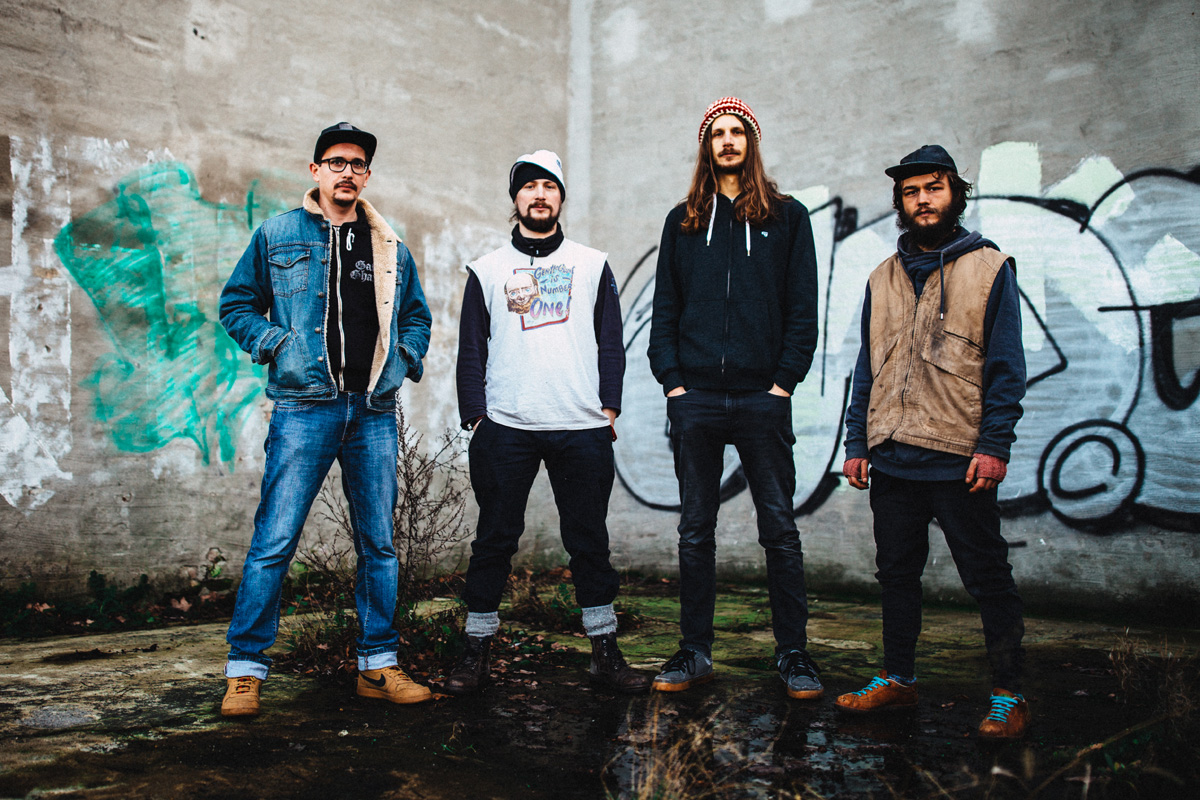 “Artificial Disgust” was recorded by Jan Oberg at Hidden Planet Studio, Robin Ravn at FKN Recording Studio, Alan Bittner at Frieders Livingroom, Georg Edert at Gaffa Ghandi Rehearsal Space, Torsten Lang at Torstens Livingroom, and Niklas Wenzel at Virtuose Vibes Studio. The album was mixed and mastered by Torsten Lang and is completed with photography and design by Maren Michaelis and layout by Benjamin Butter.

The Exile On Mainstream RoadShow 2020, running from April 23rd through the 25th will play through Leipzig, Berlin, and Dresden, with GAFFA GHANDI joining Darsombra, Kristian Harting, and Tourette Boys on all shows, and the mighty Treedeon also performing at the Berlin show. Watch for additional tour dates to post over the weeks ahead.

After years of brooding over ideas, scrapping them, re-formulating and discarding again, more than once neck-deep in despair and confusion, it finally happens, unexpected for some, welcomed by a fair few: GAFFA GHANDI will release their first ever official full-length album in their tenth year of existence. Honed by the musical tension between the vibrant underground scenes of Dresden and Berlin where either half of the members live the four-piece lay some astonishing riffage to tape and record. Artificial Disgust features four tracks illustrating the band’s musical history to perfection, putting it in a blender and sugars up the brew: straight riffage meets prog-laden structures, wrapped in psychedelic amalgam, breathing towards all sides but remaining compact enough to be played while driving through the rush hour. Disgustingly beautiful.

Irony remains the strongest weapon for the cynical generation the band represents and here it gets its soundtrack. You want name-dropping? Forget it. Early educated and skilled GAFFA GHANDI puzzles together some psychedelic craze made from desert rock, proggy syncopism, and thus qualify for bringing the term crossover back from its stale taste. Yes, one must be some dreamer to appreciate this. A dance on a rope between the cracks, above the abyss of taste, honoring the untenable circumstances.