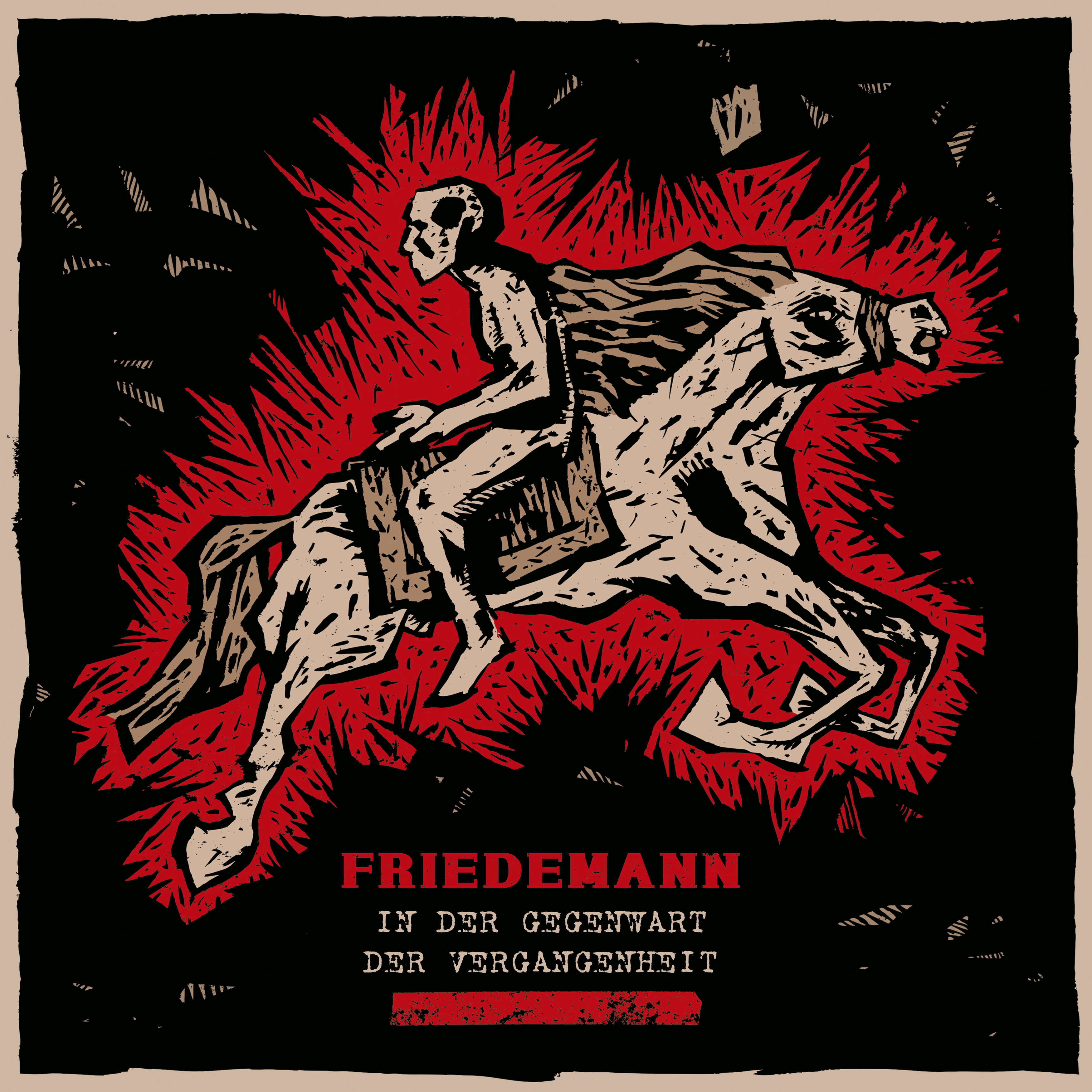 Friedemann’s new album “In der Gegenwart der Vergangenheit” is now up for pre-order. It will be released on 16 April 2021. Get your copy reserved now and receive it two weeks before official release date – click HERE.

With three full studio albums and two live albums under his belt Friedemann remains one of the most truly independent figures in the German music underground. Just recently called to be “the German Ian MacKaye” by no less figure than Scott “Wino”Weinrich because of his D.I.Y.-ethics and no-compromise attitude, Friedemann has earned merits for being outspoken and a true honest voice of reason in nowadays chaos and self-centered society. His natural gift for storytelling is revealed in his native language, German, and shines through poetic soulful blues alongside straight and radical statements on this new album, whose title translates into: “In The Presence Of The Past”.

The album itself was and is released in an unconventional way. Over the past year every month saw a new song being released with a video and interested fans were offered a subscription to receive a digital download by a fixed date and thus being directly involved in the album shaping up. The subscription process is still ongoing and will culminate in the album being complete by February to see the final release on vinyl and CD for subscribers receiving their desired format four weeks before official street date.

The record is manufactured on 100% recycled vinyl and the manufacturing supports a local afforestation project in a nature park nearby Friedemanns home. More information can be found HERE.

Further to this, Friedemann started his own podcast following the approach to tackle social and political issues by giving people a voice who normally wouldn’t receive public attention but keeping society moving. The main idea behind the project he describes as bringing a counterweight to mostly sensationalist and negative news driving the media. So far seven episodes have been recorded and broadcasted with shedding light onto issues such as mainstream culture, economics, education, concepts of family and living. All episodes can be found HERE.