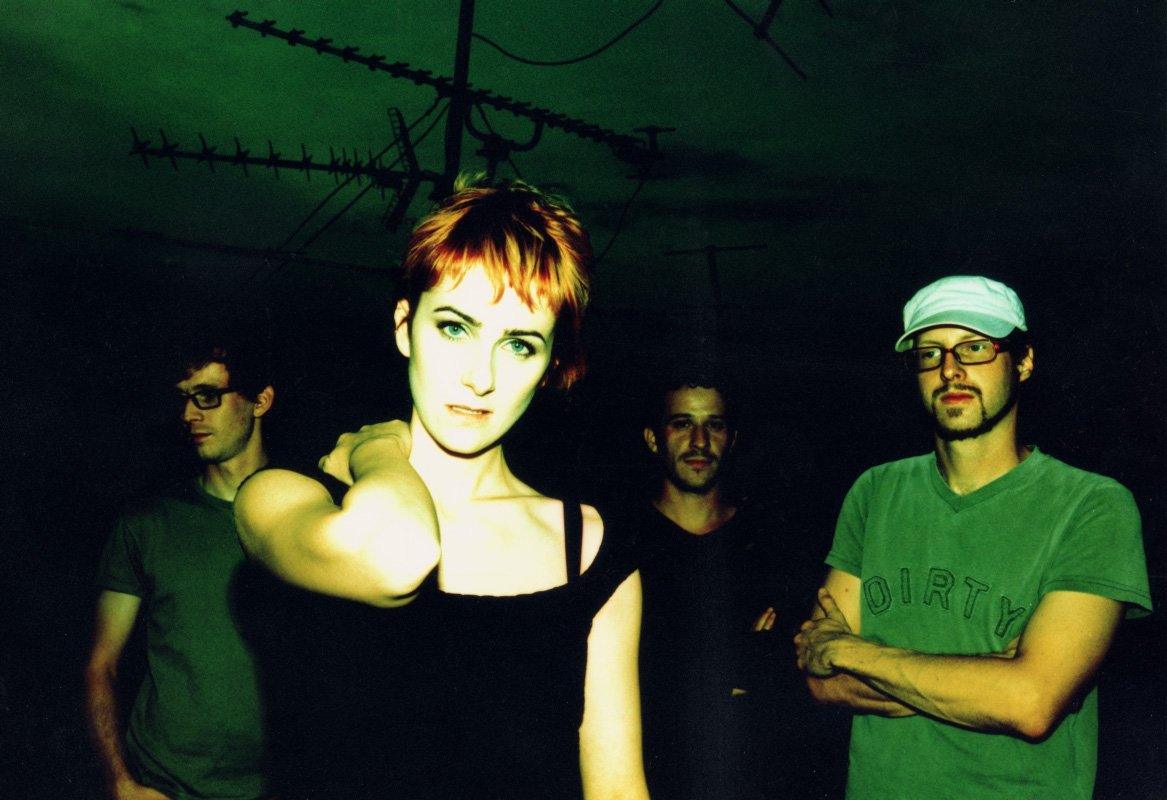 You can´t take your eyes off the screen: If you´ve ever seen the video for the Psycho-Path song “No Fi” –  recorded 1999 –  you know which impression this band leaves. In the foreground, singer Melée, her voice as sexy as it is harsh, staring directly into the eyes of the spectator. But to just mention that would mean to reduce the music. Because the combination of distinctive basslines, drums and guitars play a role of their own and make one thing clear: this is no average band, which you hear once, only to forget immediately. No, in the northeast of Slovenia something special has developed. Music that demands your attention, attention which it will certainly receive, with the new album “Désinvoltura”.

Let´s go back a couple of years. To 1994, to be exact. In the town of Murska Sobota, not too far away from the borders to Austria, Hungary and Croatia, a small punk-alternative-scene developed. One of the bands was called “Psihopati”, a punk outfit in which guitarist Jernej, bass player Janez and the drummer Matej played. There was also a noiserock band in which Melée sang and Denis played guitar. “We took them into our band”, Janez remembers. Nothing unusual so far, but it is quite impressive how fast the band found their individual style. First recordings were done in Hamburg with the well known German alternative band “Kastrierte Philosophen”, part of those sessions can be heard on the “The Kiss & Kill Trax” cassette. “Jiu Jitsu”, the first real album, further demonstrated the bands capability in combining different influences to create their own unique vision, rudimentary as it may have been at the time. The track “Dehydrated” showed the melodic sense of Psycho-Path, whereas “Breather On The Phone” was an early hint towards the band´s appreciation for desert rock. “Autoerotic”,  the second, also self released album in 1999, demanded more attention. And it got it. “No Fi”, the most distinctive song on the record, ended up on a compilation presented by the big German alternative magazine “Visions” and that resulted in a showcase at the big Bizarre festival in Germany.

The band received quite some attention there as well, as they were invited to play the main stage the following year, 2001. It is also worth mentioning the fact that the band won a “Boomerang”, Slovenia´s award for altenative bands, for “Autoerotic” as well as a prestigious “Golden Rooster” (the official award in the country) for the artwork. 2001 brought the release of “Terminal” with the help of “Multimedia”, Universal Records´ subsidiary in Slovenia. The album is a live document of a theatre project, staged in the country´s capitol Ljubljana. On “Terminal”, you can also hear the band´s first collaboration with Scott McCloud, singer of Girls Against Boys and a big fan/supporter of Psycho-Path. The fact that “Désinvoltura” took so long to be released is down to the not-so-unusual wranglings that a difficult recording contract involves. The record was supposed to be released on a major label, the contract was signed, a demo recorded, but then the crisis of the music industry got serious.

Psycho-Path decided to choose a radical different way and release the album with a new, small label which shows the same enthusiasm for the songs as the band itself. “That´s why the title fits so well”, Janez says. “We stuck to our path so consequent and went so far that we are kind of invulnerable”, Melée adds. She was the one who found the inspiration for the record title in a book by German writer Ernst Jünger. “It is like you walk through a minefield. The mines go off everywhere, but you reach the other side without getting hurt. That´s what´s happening to our band now: We are gonna be stronger because of our experiences.” The case is proven without a doubt after listening to “Désinvoltura”. The album is a big step forward. Heavy, but still melodic tracks like “Lynch (the) Girl”, “Kemper Boyd” or “Tough Cookie” prove that as much as the very guitar-orientated and repetitive “The Hell Out Of Dodge” or the calmer tracks “Crisp Night Air” and “Weapon Of Opportunity” where Melée has the chance to prove how extraordinary she is as a singer.

On “Weapon” you can also hear the voice of the American underground HipHop artist Dälek who was so impressed that he wants to do a remix of the song for an upcoming EP. “I think on ´Autoerotic´ we tried a little bit too much to become melodic”, drummer Matej says. “It just wasn´t natural. And this is the key difference to ´Désinvoltura´ which lead to a much heavier sound”. Okay, some name dropping: If one needs a short formula for the sound of Psycho-Path, you could say it mixes the sexy and melodic sounds of Girls Against Boys with the heavy rock riffs of Queens Of The Stone Age completing the formula with the female vocals. “Yes, you could say that”, Melée comments. “But there´s something missing. I also see some kind of an industrial element in our music too”.  To find that you have to dig deeper though. “I don´t necessarily correlate that with musical role models. In my opinion, Einstürzende Neubauten were the only industrial band ever anyway”, she explains. No, it has to do with a feeling of spookiness and a fascination for something mechanical like in the movies of David Lynch.

There´s also a big superstruction of ideas behind the band  that reaches from Henry the serial killer or the hard boiled crime novels by James Ellroy to something as far as philosophy (if one wants to he can discuss about Ernst Jünger with the singer but beware it could be difficult …). But to return to the music: “Of course, this band is a mixture of our different influences. My brother Matej and I, we listened a lot to the Beatles when we were kids”, Jernej says. “Matej played airdrums to it and I played airguitar. We were that obsessed by the music, I nearly had blisters on my fingers from all the airguitar. And then we found heavy metal, but Janez is a bigger metal head than us.” And Melée? “My musical ´mothers´ are David Yow from Jesus Lizard and Blixa Bargeld.” And the father? “Well, I wouldn´t know who to mention”, she says after some hesitation. But she explains, that there are a lot of male parts in her work though. A theory, she loves to discuss by the way and which can be proven true in the music. Psycho-Path  a band with guts  and depth at the same time. A combination modern rock really needs. Especially if it sounds so damn good as “Désinvoltura”.

PSYCHO-PATH released one album on Exile On mainstream. Click here for PURCHASE: 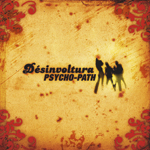