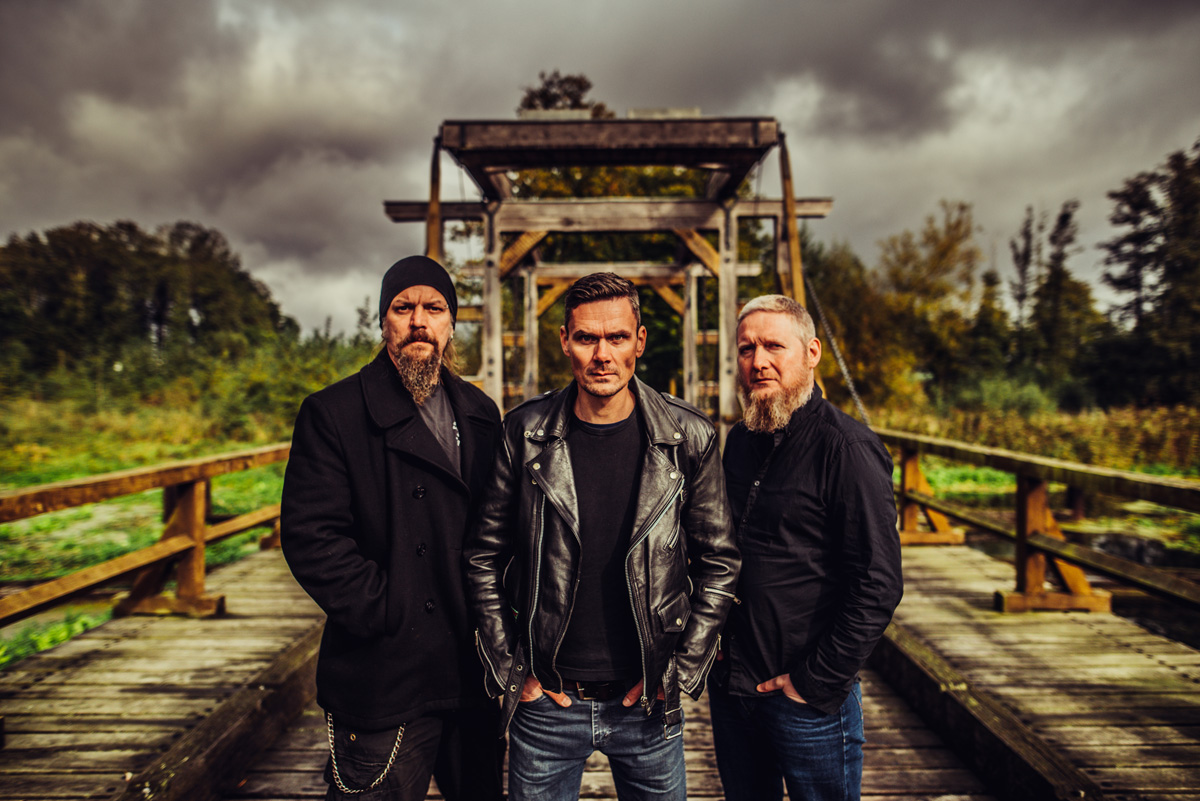 If the term “insider tip” wasn’t so drawn out, it could be repeatedly used to describe Tricky Lobsters. From Noise to Punk Rock in the early years, from Rock’n’roll to the gnarly Sludge Blues rock on their latest output “The Blue Hospital Conspiracy”, their body of work includes pretty much everything with a noisy edge.

Founded in 1996 in Rostock / Germany, the TRICKY LOBSTERS set out on a
tumultuous rock’n’roll odysee, which would bring their many incarnations to different musical shores and would last to this day.

The first three years were spent trying to find a footing musically, which proved difficult with lineups changing very quickly, especially in the drum department. The band drew heavyily from the alternative, noise peppered rock of the outgoing decade and added melodrama and even more noisy flavours soon became a benchmark of the Lobsters sound. After three albums, all deemed more or less glorified demos, which all failed to draw any attention by record labels and media alike and touring the local club circuit became stale, tensions within the band quickly reached boiling point. After the last disillusioned collaborator had left the burning building, singer / guitarist Michael Groeper and bassist Rajko Doering decided to carry on nevertheless, looking for a much needed
shot in the arm.

It arrived in 2000 in the form of drummer Jørg Peters and soon the first major shift in musical direction was about to take place. Gone were the days of long guitar soloing and ear splitting feedback orgies as the LOBSTERS settled on a more focused approach. Not only was the new member of The Lobsters Family tech savvy, which would turn out very helpful in years to come, his powerful drumming helped raising their game considerably.
Now a trio, the band set out to record their next piece “Get Wrecked”, a collection of straight, three-minute-rockers, a far cry from the doom-laden symphonies of their early work.

Recording from now on took place at the Blue Hospital, the new Lobsters’ headquarters, and during backing vocal sessions friends were invited to contribute. Among them: Crushing Caspars frontman and guitarist Aggi Becker, who a year later left Crushing Caspars to join TRICKY LOBSTERS for aditional guitar duties.

After winning a regional band contest held by a well-known tobacco brand, but ultimately failing in the endgame, the band, now again a four piece and firing on all cylinders, our Baltic brothers went on to play gigs at home and abroad on a regular basis, cementing their reputation as a ruthless streetrock outfit. A short stint with Jaegermeister Band Support in 2002 saw the LOBSTERS opening a show at the Volkswagenhalle in Braunschweig in front of 9000 people, their largest audience at that time.

In 2004 TRICKY LOBSTERS recorded the first of a string of records showcasing their now found capabilities. With Aggi and Michael sharing vocal and guitar duties and serving as main songwriters and with Rajko and Jørg delivering thunder, “Hearts On Fire” saw the light of day in 2004, again recorded at the Blue Hospital, produced by the band and engineered / mixed by Jørg.

Eager to not lose momentum the band began work on “Untouched” in late 2004 and, after finishing it in mid ’05, the album with its tighter sound garnered considerably more attention in the rock community than its predecessors, earning the band a slot on the W.O.A. Metal Battle. While never considered a metal band the TRICKY LOBSTERS managed to snatch the regional prize which enabled them to compete in the national finals, which were held in Hamburgs renowned live venue Markthalle, alas, in true lobstrous tradition, they failed to score against some of the heavy hitters of the genre.

But their attendance gained them the attention of a local record label and soon the TRICKY LOBSTERS signed their first record contract with Hamburg based label Abandon / Phoenix. Galvanised by the label’s support and with strengthened resolve in 2007 the boys prepared to record “Dead Man’s Ball” which once more sailed the seven seas of Rock’n’Roll, and while the wind blew strong, it started to smell a bit stale. Nevertheless, in support of “Dead Man’s Ball” Abandon decided to re-release its predecessor “Untouched ” and in the same year the LOBSTERS went on to take part in the Abandon Roadshows, touring extensively with label mates Kongo Skulls and Seven Days Awake.

While spending their time writing new material and testing it on the road, the Lobsters thought it a good idea to approach their next album a bit differently. Scouting possible locations to record drums, they stumbled upon Claus Grabke, a well known ex-skater and accomplished musician and producer, who took interest in the band’s material and offered to produce the album. Named “Black Songs”, it was recorded at Claus Grabke Studios in Gütersloh (featuring Sebel on hammond organ) and released by Abandon in November 2009. The albums hammond flavoured stoner rock approach was a big step in the right direction for Rajer, Aggi, Jørg and Micha, getting good reviews by the rock press and enough attention to keep them busy on the road.

After some time of touring material for the next album piled up and it was clear from the get-go that it would be best to put production again in the hands of Claus Grabke, whose input proved to be invaluable during the “Black Songs” sessions and this time production came with a twist. Setting up camp in Rostock’s time-honoured Peter Weiss Haus, the band and producer recorded the basics live in a grueling five nights with everything set up in the largest room of the building, relying almost entirely on ambient microphones to capture the sound of the band. It was at this moment, founding member and bass player Rajko Doering declared his departure from the band after 16 years to focus on domestic matters. It didn’t came entirely out of the blue, since matters were discussed years earlier, but it punched a serious hole in the hull of the Lobsters vessel. Nevertheless, work went on and after overdubbing vocals and hammond organ (the latter again provided by deutschrocker Sebel) at Claus Grabke Studios and with the position of bass player still vacant and no successor in sight, Aggi switched from guitar to bass at short notice and the band released “The Blue Hospital Conspiracy” 2013 on their own as double vinyl, including a booklet with photos only, provided by the band’s long time friend and photographer Christian Thiele. A video of “Strollers”, shot by Christian at the very same location the Lobsters previously recorded the album, accompanied the release.

Being a trio again once more, it was time to try something different. While taking a break from the road, the TRICKY LOBSTERS recorded “Worlds Collide”, their latest output, from 2013-17 at Blue Hospital. During writing as a trio, seemingly having all the time in the world without financial restraints, things took on a different dynamic, opening up new musical territories to be explored while maintaining a sense of heritage. Guest musicians included hammond player Sebel and mouth harp specialist Andi Späth.

Again produced by the band, engineered / mixed by Jörg Peters “Worlds Collide” was released in summer 2017 by Exile On Mainstream.

Some giggery followeed and in early Autumn 2018 Tricky Lobsters did welcome Sergio on guitar and are now a four-piece again. Writing and recordings for a new album have started. Stay alarmed!

TRICKY LOBSTERS have released one album on Exile On Mainstream. Click here for PURCHASE: 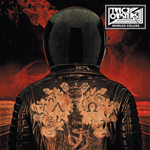