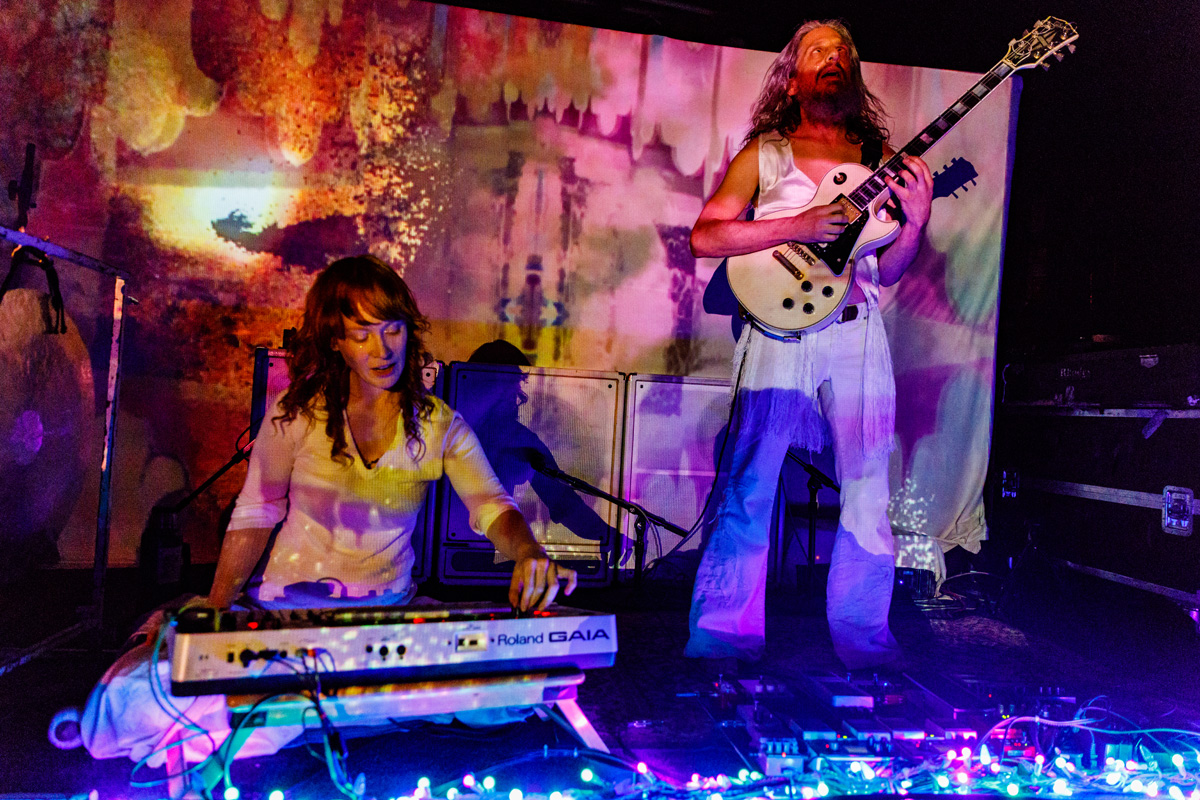 If we can invent the term “transcendental rock”, then let’s apply it to Darsombra, Brian Daniloski and Ann Everton’s audiovisual music project.  Daniloski, a veteran of heavier, sludgier, grittier rock bands such as Meatjack and Trephine, controls the sound of Darsombra, alternating between mammoth vocal swells and soundscapes and searing guitar riffs, leads, loops, and samples.  Take one part metal, one part psychedelic rock, one part experimental, and a dash of prog and krautrock, and you begin to have an idea why Darsombra, as music, needs its own genre.  But there is more than just Daniloski’s sonic world at play here–video artist Everton takes his work to the next level by bringing her Darsombra-induced visions to the stage through her kinetic psychotropic video projections, creating an constantly shifting backdrop to Daniloski’s live performances.

Relentlessly DIY touring for over a decade, Darsombra has touched down on both sides of the Atlantic and Pacific Ocean at music venues, dive bars, house shows, galleries, festivals, yoga studios, city ruins, and storage units, as well as their legendary pop-up generator shows at national monuments or just on the side of the road.

The press is nothing but right singing high praises at the duo as followed:

“If you’re of the belief that sonic resonance can affect those who experience it on a spiritual level, I can only recommend you open your mind as wide as (possible) and go see Darsombra. There are few live acts who so clearly revel in the process of what they’re creating on stage and presenting what they have created. . . it’s hard not to be swept up in that joy as it hits in swells and waves of drone and experimentalist guitar, keys, percussion, vocals, and visuals.”
– JJ Koczan – The Obelisk

“. . . the perfect soundtrack to being transported either bodily or mentally to another world, to be immersed into another culture, another civilization . . . sounds and experiences that could be described as beyond this world.”
– Luke Hayhurst – Destructive Music

“. . . the sound of a slow ascension towards a higher elevation, if not a higher state of consciousness.”
– Ray Van Horn, Jr. – Blabbermouth

“Despite their clear psych trappings and nods to the likes of Hawkwind and Magma, Darsombra’s sound is modern and tuned-in, a perfectly interlocked web of visuals and electronic sounds, exploratory and grasping toward transcendence.”
Matthew Moyer – Orlando Weekly

“With a unique sonic blueprint, Darsombra achieve the sheer transcendence and intensity that most drone acts can only dream of with an enviable effortlessness . . . aims skyward, reaching for a celestial warmth, while skillfully implying a myriad of other textures and emotions en route. The sheer evocative power of the music is huge . . . feels like a psyched-out soundtrack to the Earth’s formation and evolution of complex life in slow motion – majestic and utterly vast.”
– George Leeming – The Sleeping Shaman

“I encourage you to clap on a pair of headphones, close your eyes, and let Darsombra coax you away into a kinder, brighter, trippier plane of existence.”
Kim Kelly – NOISEY

DARSOMBRA have released one album on Exile On Mainstream. Click here for PURCHASE: 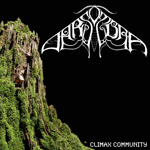